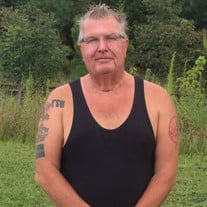 Robert S. “Bob” Walluck of Tullahoma Tennessee, formerly of New Jersey died at his home on Sunday May 15, 2022, at the age of 70. Mr. Walluck is survived by his son, Nicholas R. Walluck (Kirsten Bean) of Tullahoma, Tennessee; sister, Ginger Walluck of Bogota New Jersey; and sister, Mary Ann Walluck of Florida; and longtime girlfriend, Sharon Roth of Florida. A visitation will be held on Friday May 20th at Daves Culbertson in Tullahoma from 2-4. A celebration of his life will be held from 5-7 pm on Monday May 23, 2022 at London’s in Tullahoma, Tennessee for family and friends to gather and raise a glass to toast his memory & invite his former colleagues, family and friends around the country to join in a toast wherever they are to remember Bob at this time. Feel free to wear any New York Team gear as Bob would have loved to see support for the Jets or Yankees. Bob was born June 1951 in Hackensack New Jersey; the son of the late Stella & Ziegmund “Ziggy” Walluck. Bob attended Bogota High School in New Jersey graduating in 1969 where he promptly adventured with friends in a road trip to Colorado in true 60’s spirit – camping in a VW van along the way. Bob maintained close ties with his road trip buddies throughout his life and fondly remembered this trip until his passing. Shortly after this adventure, Bob returned to Jersey where he attended the New Jersey Police academy. After graduation he held positions as a Police Officer in Long Branch New Jersey, later as a Detective Long Branch New Jersey as well as the Major Crimes Bureau of the Office of the Monmouth County Prosecutor. Bob was a devoted father, retiring from police work in 1991 shortly after the birth of his son and relocating to the Tennessee area. While in Tennessee, Bob briefly held positions as a private detective and as a probation officer for Coffee County. In addition, Bob held positions in auto sales with Pearson and Barnett. Bob was also active in the Tullahoma community as a volunteer before health problems limited his ability to serve. Although Bob was assimilated to Tennessee after living over 30 years of his life here, he remained a Jersey boy at heart - steadfast in his support of the Jets and devotion to the Garden State until his death. Online condolences may be made at www.davesculbertsonfuneralhome.com. Daves-Culbertson Funeral Home is in charge of arrangements.

Robert S. &#8220;Bob&#8221; Walluck of Tullahoma Tennessee, formerly of New Jersey died at his home on Sunday May 15, 2022, at the age of 70. Mr. Walluck is survived by his son, Nicholas R. Walluck (Kirsten Bean) of Tullahoma, Tennessee; sister,... View Obituary & Service Information

The family of Robert S. Walluck created this Life Tributes page to make it easy to share your memories.

Send flowers to the Walluck family.