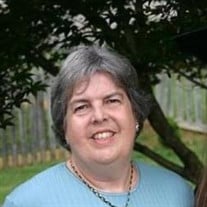 Patricia Anne Bailey, age 66, passed this life on Wednesday evening, December 9th, 2020 at Harton Hospital after a courageous six-year battle with cancer. Born September 24th, 1954 to Joseph W. and Frances Smith Bailey. She grew up in Tullahoma and graduated in the top ten percent of her class from Tullahoma High in 1972. She obtained both a bachelor’s and master’s degree in education from Middle Tennessee State University. She was a devout Christian and lifelong member of First Christian Church. She was a founding member of the Koinonia Circle, a member of Bob’s Bible Bunch, and a member of the care committee. She devoted her life to passionately serving the children of Tullahoma and was a beloved teacher at Bel-Aire Elementary school for 37 years. She had a profound impact on the lives of hundreds of children. She was active in the Tullahoma Education Association serving several years as Treasurer. In addition, she served as a representative on Bel-Aire’s CEO program and was instrumental in its development and success. She was highly thought of by her peers and was voted teacher of the year twice. She was a member of Alpha Delta Kappa Sorority, an International Honorary Organization for Women Educators, and served as secretary even while fighting her battle with cancer. She never forgot the children she taught and followed them through the newspaper, word of mouth, and Facebook. She formed a special bond with a group of teachers, affectionally known as the Mountain Sisters, and always looked forward to their annual trip to Gatlinburg. Several times throughout the course of her cancer diagnosis, she experienced medical setbacks but always remained optimistic and fought to overcome them. After one setback, she had to relearn to walk. However, upon arriving home and getting cleared to drive the first thing she did was take a neighbor to the store who needed groceries. This was a testament to her lifelong nature of being selfless and always putting other first. She is preceded in death by her father Joseph W. Bailey. She is survived by her mother, Frances Smith Bailey of Tullahoma, brother Larry of Tullahoma, adopted sister Nancy (William) Irby of Tullahoma; nephew Clay (Susan) Irby of Knoxville, TN, and niece Blair (Jason) Lewis of Atlanta, GA. She is also survived by one great nephew John Clayton Irby and two great nieces Reagan and Kinsley Lewis. A graveside service for family will be held Sunday, December 13, at 2 PM at Rose Hill Memorial Gardens. In lieu of flowers, donations may be made to the Bel-Aire PTO for their scholarship fund. Online condolences may be made at www.davesculbertsonfuneralhome.com. Daves-Culbertson Funeral Home is in charge of arrangements.

The family of Patricia A Bailey created this Life Tributes page to make it easy to share your memories.

Send flowers to the Bailey family.