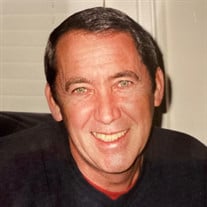 John Fite Larkin, age 74, passed-away peacefully at his home in Winchester, Tennessee on January 1st, 2021. He was born at home in Huntland, Tennessee on October 16, 1946 to Lemuel Augustus (Gus) Larkin and Ruth Hall Larkin who resided in Lexie Crossroads, TN at the Caney Hollow family farm in a very loving home surrounded by music and laughter. He was lovingly known as “John Fite” by his parents and siblings. John spent most of his childhood in Franklin County, TN. He graduated from Huntland High School in 1964. He attended Middle Tennessee State University in Murfreesboro, TN and graduated in 1968. John was active-duty Army from May 1969-October 1969 where he was stationed at Ft. Knox, KY & Ft. Gordon, GA. He then joined the U. S. Army Reserve where he was stationed in Clarkesville, TN. John was employed by Sears, Roebuck as a corporate employee for 32 years. In that capacity, he worked in Sears Service, ending his career as Parts and Service manager over the Southeast United States for 10 years. John never met a stranger. In fact, after taking a personality test early in his career, Sears said, “Nobody likes people that much” so they put him in the service end of the corporation. John’s career gave him the opportunity to live in many different cities, Clarksville, TN; Dothan, AL; Richmond, VA; Yorktown, VA; Annapolis, MD and Memphis, TN (Germantown). His girls got a history and geography education just by moving so much. After retiring, John moved back to his beloved Franklin County, TN. There he was employed by Winchester Utility System for several years. He was predeceased by his parents, Gus and Ruth Larkin of Winchester, TN and his older brothers, Nelson Larkin of Nashville, TN and James Ronald (Ron) Larkin of Huntsville, AL. He is survived by younger sister, Betty (Ken) Wood of Rossville, GA, younger brother, William T. (Billy) of Winchester, TN, two daughters Laura Larkin (David) of Birmingham, Alabama, and Virginia (Ginny) Larkin Szalay (David) of Germantown, Tennessee and his loving companion of many years Peggy Stevens of Winchester, TN and her daughter Andrea Bennett Punke (Noah) of Murfreesboro, TN. He is also survived by several grandchildren, nieces, and nephews. John’s grandchildren liked to call him Papa John because he often answered his phone Papa John’s. John was a meticulous gardener, keeping his lawn in a very specific order. He was an avid Volunteer fan, never to be seen without some form of Orange around town and in his home. A Celebration of Life Service will be held at a later date, when it is safe to gather, in Pensacola Beach, Florida per his request. In lieu of flowers, the family asks that donations be made to the American Cancer Society. Please visit our website at www.davesculbertsonfuneralhome.com to leave online condolences. Daves-Culbertson Funeral Home is in charge of arrangements

John Fite Larkin, age 74, passed-away peacefully at his home in Winchester, Tennessee on January 1st, 2021. He was born at home in Huntland, Tennessee on October 16, 1946 to Lemuel Augustus (Gus) Larkin and Ruth Hall Larkin who resided in Lexie... View Obituary & Service Information

The family of John Fite Larkin created this Life Tributes page to make it easy to share your memories.

Send flowers to the Larkin family.