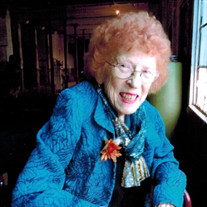 Golda C. Glasgow, affectionately known as Goldie, passed on to her heavenly reward on June 27, 2020. She recently celebrated her 99th birthday (June 14, 1921). Ms. Goldie was of the “greatest generation”, growing up during the Great Depression in rural SW Virginia. She was the oldest of 11 children. Ms. Goldie left Austinville, VA., a few years after high school graduation, and traveled to Washington DC. She rode the train to interview for a job with the Federal Bureau of Investigation. She was hired in 1943. She performed her duties diligently and soon was promoted to a supervisory position in the fingerprint division. Her work history began during the crucial war years. She met, dated, and finally married a career Navy Officer, thus beginning her new career as a military wife, moving wherever the Navy stationed them. Upon her husband’s retirement from the Navy in 1964, the family moved to Tullahoma, TN. where he began a second career with Arnold Engineering and Development Center. Upon retirement from that job in 1983, they remained in Tullahoma and then decided to return to Virginia in 1992. Her husband died from injuries received in a car wreck during the transition. She continued building the house in Virginia and then moved there where she resided until she was 95. During the 24-year return to her hometown area, she remained independent, living by herself and driving each day. She was proud of herself to continue to drive until almost 96 years of age. Her son moved her back to Tullahoma in 2016 for safety reasons. She learned to adjust to assisted living and made many friends at Morning Pointe. Displaying the greatest characteristics of her generation, she was humble, proactive, kept faithful commitments, had great integrity, knew how to survive, and exhibited personal responsibility. She dedicated her life to doing the “right thing’. She bestowed these values to her children. She loved gardening, and was well known for her vegetables, along with her pecan pies and carrot cakes. She read health related magazines and was very health conscious. She enjoyed making Kombucha tea, a healthy fermented tea. In fact, her granddaughter, Melanie Wade Styles opened the first and finest Kombucha manufacturing plant in the state of Georgia, known as Golda Kombucha LLC. It continues to thrive with Ms. Goldie’s picture and personal story on many products. Her son says that it was an honor to assist her and traveled extensively with her the last 21 years of her life. He says that she had a wonderful responsible personality, complimented with a splash of drama. It made for a unique and exciting combination of personality traits. She kept everyone laughing wherever they found themselves in their travels. He says that she loved to eat at Cracker Barrel restaurants and always asked for a table near the fireplace in the winter months. She continued, to the last days, to give the orders and expected everyone to comply with them. Her son says it was a joy to see someone still in control of their life at such an old age. Her youngest daughter, Kathy, says that Ms. Golda’s loving, but opinionated strong personality will be sadly missed by all her friends, caregivers, and family. She had a peaceful death, surrounded by family. She was preceded in death by her husband, Earl Robert Glasgow. She is survived by her 3 children: Brenda Eaves (Richard), Snellville, Georgia; Ron Glasgow, Tullahoma, Tennessee; and Kathy Inman (Scotty), Woodstock, Georgia; 5 grandchildren;6 great grandchildren; 1 sister (Audene Bogart); 2 brothers, (Glenn Cox and Wayne Cox) A celebration of life is planned at Grubb Funeral Home, 215 S. 6th St., Wytheville, Virginia. 276-228-3101 (Email:[email protected]) Expressions of sympathy may be sent to the family at www.grubbfuneralhome.com (once the portal and celebration of life date are established). Interment will be at the Bethany Methodist Church Cemetery in Austinville, Virginia. SHE WILL TRULY BE MISSED BY MANY PEOPLE. Please visit our website at www.davesculbertsonfuneralhome.com to leave online condolences. Daves-Culbertson Funeral Home is in charge of arrangements.

The family of Golda C. Glasgow created this Life Tributes page to make it easy to share your memories.

Golda C. Glasgow, affectionately known as Goldie, passed on to...

Send flowers to the Glasgow family.