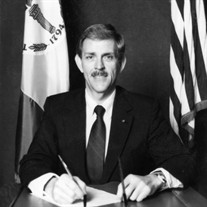 Gary David Smith, 76, of Tullahoma, passed from this life on Saturday April 17, 2021, at NHC in Tullahoma. Memorial Services are scheduled for Sunday, April 25 at 1:30 PM at the First Presbyterian Church of Tullahoma. The family will receive friends from 12 PM until the service time. Smith was born in Salt Lake City, UT, to Winifred Burkhardt and Norman Logan Smith. He spent his childhood in Madison, IN. He first came to Tullahoma in 1963 as a co-op student from the University of Cincinnati. After graduating with a degree in Aerospace Engineering, he joined the ETF Research Branch at Arnold Engineering Development Center (AEDC). He met and married Mary Alice Norman in 1969. He next moved to the University of Tennessee Space Institute (UTSI) as a graduate student, receiving his Master of Science degree in Mechanical Engineering in 1971. Smith remained at UTSI to lead a research section in the Energy Conversion Program and progressed over his 22 year career to become the Director of the Coal Fired Flow Facility and later the Special Assistant to the Dean. During this time Smith was one of the founders of the Highland Rim Section of the American Society of Mechanical Engineers (ASME) and held several important positions at the local, regional and national levels of ASME. For six years he was secretary of the regional operating board overseeing ASME activities in Tennessee, Mississippi, Alabama, Georgia and Florida. Smith’s most significant contribution to the society may have been in 1985 when he was an ASME Congressional Fellow and spent the year in Washington, D.C., as a science and engineering advisor to the Senate Majority Leader Robert C. Byrd. Smith was awarded the 1988 ASME Meritorious Service Citation, going on to serve as ASME Regional Vice President and as chairman on ASME’s National Membership Development Committee. Smith also served multiple terms on the Coffee County Commission beginning in 1978 and was the chair of the committee tasked with designing the new jail as part of the justice center complex. Smith left UTSI to become Special Assistant to the Vice President of Research as well as Director of Governmental Relations at the University of Alabama in Huntsville (UAH). His ability to raise support and positively influence legislation soon pushed him to the position of Special Assistant to the President of UAH while continuing to lobby the state legislature on behalf of the University of Alabama system. Smith is survived by his wife Mary Alice, his three siblings Sheri (Randy) Rogers, Peggy (Randy) Swing, and Norman, his two sons Steven (Lisa) and David (Susan), and seven grandchildren Jacob, Tyler, Eden, Brody, Carrie Ella, Burkhardt, and Mary McBride. He was preceded in death by his parents and grandparents Matilda and Louis Burkhardt and Sarah and Joseph Smith. Gary will be remembered by his family as a faithful and loyal husband, a supportive and loving father, and as a much beloved Gramps who devoted the last years of his life to his grandchildren. In lieu of flowers, the family has requested donations to be made in his honor to The Michael J Fox Foundation for Parkinson's Research, www.michaeljfox.org. Online condolences may be made at www.davesculbertsonfuneralhome.com. Daves-Culbertson Funeral Home is in charge of arrangements.

Gary David Smith, 76, of Tullahoma, passed from this life on Saturday April 17, 2021, at NHC in Tullahoma. Memorial Services are scheduled for Sunday, April 25 at 1:30 PM at the First Presbyterian Church of Tullahoma. The family will receive... View Obituary & Service Information

The family of Gary David Smith created this Life Tributes page to make it easy to share your memories.

Gary David Smith, 76, of Tullahoma, passed from this life on...