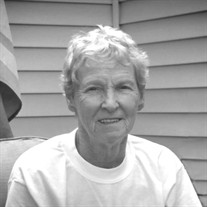 Frances Alsup Lawson of Tullahoma, age 80, passed peacefully early Wednesday morning, November 24, 2021. Fran was born to Marlin Asap and Mary McGowan Alsup on November 3, 1941. She was native of Tullahoma and a 1959 graduate of Tullahoma High School. Fran was a force of nature, a woman that worked hard and played hard. Fiercely strong, independent and feisty, she was a loyal friend that strongly defended her loved ones. She was adored by her husband and four children who witnessed her transformation from busy mom at ball fields, community plays, and part time jobs, to full-time college student and interviewer at the local unemployment office. Fran attended Motlow State Community College before transferring to Middle Tennessee State University where she graduated with honors. Her Masters in Psychology led to a professional career in counseling at the Multi-County Mental Health Center (Centerstone) in 1990. After a passionate and rewarding 22 years of providing mental healthcare, retirement launched a period of relentless recreation for Fran. She was zealously involved in her own Scottish clan (Donald) as well as her husband’s Scottish clan (MacLaren) where she held the position of Secretary for the Clan MacLaren Society of North America. Fran and husband Chuck traveled to Scottish Highland Games all over North America, trips that often entailed Fran coaching the MacLaren Tug-of-War team to victory. Fran had many activities outside of her career where she was loved for her child-like spirit and love of life. Each June for many years, she and her husband hiked Mt. LeConte with friends which fed her desire to be outdoors. Fran also served as a volunteer for Habitat for Humanity. An avid reader, Fran was a member of the B. Sunrise Bookies Book Club for over thirty years. She was a friend to many who loved and respected her aggressive hugs, profound advice or brutally candid lectures. Fran was known as “Granny Witch” to generations of children in Tullahoma, who came to her home every Halloween for admonition and a bag of treats from her cauldron. In recent years Fran utilized her many skills and love for the church as the secretary at Highland Hills Church of Christ in Tullahoma. Fran lived; she packed a lot into her eighty years. And Fran was loved. She had a gift for making everyone feel like family. Her life positively impacted so very many. Fran will be greatly missed by her steadfast husband of 61 years, Charles G. Lawson, Sr., Tullahoma, and her four children, Michele Hardin (Herman), Tullahoma, Charles G. (Chuck) Lawson, Jr. (Teresa) Tullahoma, Edward Lawson (Kelly) Tullahoma, and Jon Lawson (Trish), Dripping Springs, Texas. Fran leaves behind two younger brothers, Marlin Asap Alsup, Jr. (Karen), Blue Ridge, GA, and Larry Dale Alsup, Tullahoma. She leaves behind seven beloved grandchildren: Charles G. (Chase) Lawson, III (Laura), Tullahoma, Lindsay Young (Steve), Tullahoma, Tess Godwin (Kevin), Austin, Texas, William Rolman, San Antonio, Texas, and Macy, Maleah and Mason Gann, Tullahoma. Four great-grandchildren survive: Parker Lawson McCallon, Paxton Bennett McCallon, Maddux Ace McCallon of Tullahoma and Arthur Finnegan Orion Godwin of Austin, Texas. She is also survived by many other family members and dear friends including countless “extra” children she endearingly treated as her own. The family would like to acknowledge and give a special thanks to NHC nurses and staff for their invaluable care of Fran during the past few months. Visitation with the family at 1:00 p.m. will precede the Memorial Service to be held on Saturday, December 11, at 2:00 p.m. at Highland Hills Church of Christ located at 720 Kings Lane, Tullahoma. Those unable to attend the service are invited to join a Celebration of Life to be held afterwards at 4:00 p.m. at Fran’s favorite gathering place, One22West at 122 West Lincoln Street in Tullahoma. In lieu of flowers, the family requests that donations be made to Fran’s favorite charities, Habitat for Humanity and Highland Hills Church of Christ Benevolence Program. Online condolences may be made at www.davesculbertsonfuneralhome.com. Daves-Culbertson Funeral Home is in charge of arrangements.

The family of Frances Alsup Lawson created this Life Tributes page to make it easy to share your memories.

Send flowers to the Lawson family.