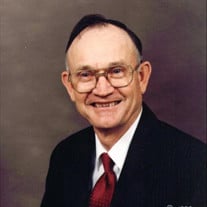 Clofton Lee (Pete) Smith Clofton Lee (Pete) Smith, 94, of Tullahoma, died on March 6, 2022. He was born on April 6, 1927, in Moore County, the son of Charlie and Ova Smith. Pete was preceded in death by his parents, three brothers: Charles, Chester (Harv), and Emmett, and one sister, Rowena Rhoton. Thelma Limbaugh Smith, his wife of seventy-one years, also preceded him in death. He was a veteran of the U. S. Army, a former employee of Genesco, and a retired employee of Wilson Sporting Goods. Pete was a member of the Hoover’s Grove Church of Christ. He loved his family, church, friends, and neighbors. He also enjoyed watching football and baseball games. In his younger days, he enjoyed farming, hunting, and fishing. Pete is survived by three daughters: Barbara (Ricky) Smith, Beverly Smith, and Bonnie (Russell) Wright; three grandchildren, and eight great-grandchildren. He is also survived by two sisters: Helen Noblitt and Georgia Hensley. Visitation with the family will be held on Wednesday, March 9, from 6:00-8:00 p.m. Due to the pandemic, the family was unable to have a public service for Thelma when she passed away. Therefore, there will be a joint memorial service for Pete and Thelma on Thursday, March 10th, at 2:00 p.m. All services will be at the Daves-Culbertson Funeral Home. Burial will follow at Rose Hill Memorial Gardens. In lieu of flowers, the family requests that memorial donations be made to Camp Joy, P. O. Box 8192, Lynchburg, TN 37352 or to the charity of your choice.

The family of Clofton "Pete" Smith created this Life Tributes page to make it easy to share your memories.