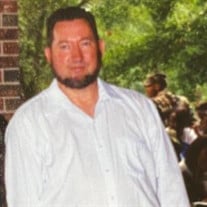 Charles Edward Isley, age 74, of Tullahoma, TN., passed away March 29, 2020. No further services are scheduled at this time. Born to Andrew and Virginia (Chilton) Isley, on July 24, 1945, “Charlie” as many called him, loved gardening, bowling, wrestling, baseball and spending time with his friends and family. He will always be remembered as someone who, “never met a stranger”. Other than his parents, he is preceded in death by an infant brother, William Andrew Isley and one sister Pamela Jean Shirley. He is survived by his wife of 54 years, Betty Isley; one son, Daniel (Lisa) Isley and one daughter, Christy Gillies; Two brother, Billy (Brenda) Isley and Bobby Isley; two sisters, Faye (Leon) Luna and Beverly Sue Deardorff; Five grandchildren, Peyton, Abigail, Emma, Jackson and Madelyn; two great grandchildren, Caden and Olive. Please visit our website at www.davesculbertsonfuneralhome.com to leave online condolences. Daves-Culbertson Funeral Home is in charge of arrangements.

The family of Mr. Charles Edward Isley created this Life Tributes page to make it easy to share your memories.

Send flowers to the Isley family.