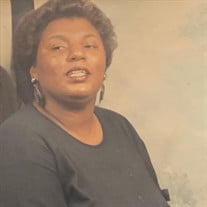 Bobbie Ruth Prince of Madison, TN, passed away Tuesday, June 11, 2019 at Alive Hospice in Murfreesboro at the age of 62 years. Funeral Services are scheduled for 2 PM, Saturday, June 15, 2019 at Stephen’s Chapel United Methodist Church, 301 Lane Street, Manchester, TN, with burial to follow at Rose Hill Memorial Gardens. The family will receive friends beginning at 12 PM. Bobbie Ruth, a native of Manchester was the daughter of the late L C and Zethrine Moore Brinkley. She had a great sense of humor and loved reading. She especially loved studying her Bible. People were drawn to her and she always had time for everyone. She loved everyone and never met a stranger. In addition to her parents, she was preceded in death by her sisters, Margaret Hathaway, Shirley Shelton and Geneva Fitzpatrick. She is survived by son, Steven Brinkley (Rachael) of Murfreesboro; brothers, Jerry Brinkley of Manchester, Shirley Brinkley and Jimmy Brinkley, both of Murfreesboro, Chris Brinkley of Fayetteville and Jody Wilson (Bonnie) of Manchester; sisters, Alma Holland (Rolland) of Manchester, Shirella Brinkley and Becky Brinkley, both of Shelbyville and Yolanda Butler of Murfreesboro; grandchildren, Alexis Farless of McMinnville, Shazon Brinkley of Manchester, Jordan Brinkley of North Carolina, Meagan Clayton of Jackson, Keanu Howse and Ben Sierra, both of Murfreesboro and great grandchildren Jakari and Jayelin Farless, KeyMareley and Kadence Howse. Online condolences may be made at www.davesculbertsonfuneralhome.com DAVES-CULBERSTON FUNERAL HOME IS IN CHARGE OF ARRANGEMENTS

The family of Bobbie Ruth Prince created this Life Tributes page to make it easy to share your memories.

Send flowers to the Prince family.