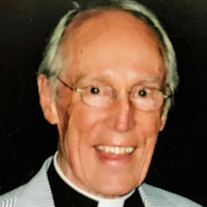 Albert Richard Smith passed this life peacefully on Tuesday, August 25, 2020. A. Richard was born on Sunday, June 10, 1928 and spent his 92 years making a difference in the lives of everyone who knew him and many more who did not. While he made... View Obituary & Service Information

The family of Pastor A Richard Smith created this Life Tributes page to make it easy to share your memories.